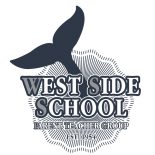 Dear Members of the WSS PTG,

It is with great pleasure that we submit the following slate for the 2013-2014 WSS PTG Board.  As you are aware, each position requires a great deal of time and effort.  We believe that this is a wonderful selection of dedicated parents who have volunteered to fulfill each position for the upcoming year.

This Website is maintained and updated on a biweekly basis
© 2013 CSH WSS.PTG